“For the rains, the sasak tribe of Lombok perform this unique martial art form, where to impress the rain god the people of Lombok fight amongst each other. It is believed that the more blood comes out from this ancient martial art of Lombok, the better it will rain” said our guide Ouji, while he took us on a walk to the only inhabited village of the Sasak tribe in Lombok, the Ende Village

Soon, I saw two bare chest men walking in, with a shield in one hand and stick in another ready to perform the dance. On the local music beats and instructions from the referee they started hitting each other with sticks and before I could understand what I am witnessing and what they are doing, I was told that this is called the Presean dance of Lombok, an ancient practice followed by the sadak tribe of Lombok

Presean is the traditional martial art form of Lombok which has been a part of the sasak tribe of Indonesia for many generations. Presean which means the fight by using Penjalin (Rattan) as a tool and Ende (Shield) as a protective device has been preserved with the Sasak people of Lombok for a long time now, a belief with which they pray the rain god for better rains.

Honestly, Presean dance is considered as the symbol of masculinity amongst the youth of sasak tribe of Lombok and each one of them try hard to win. During the Presean fight, Pepadu (the warriors) will start hitting the opponent by using the penjalin and ende, on the instructions from the referee called the pakembar.

It is another thing that sometimes presean martial art form can hit hard because Pepadu (the warriors/players who fight) had to fight till one of them bleeds. More the blood, the better rains is expected is what it is believed.

The fights are held in 5 rounds and the winner is decided in two ways. Either one of them starts bleeding or on the basis of the score, which is decided by pakembar (the referee) from his observation during the Presean fight.

The fighting sticks that are used during Presean fight are made from rattan (hence called rattan) wood with a diameter of 2- 2.5 cm and length of 110 cm. The ende or shield is made of using the wood and bamboo frame which is covered with either deer or cow skin. The size of a shield is usually 40 x 60 cm.

Usually, the practice of Presean by the sasak tribe was limited to the dry season in Lombok but due to its increased popularity, the ancient form of Presean dance has found its place at the celebration of the Indonesian Independence day.

The Future of Presean dance in Lombok

Though, the future of practising the Presean dance by sasak Tribe of Lombok looks bleak with youngers moving out of the village for earnings. But let’s just hope for the best as there are still families who are encouraging it’s younger generation to preserve its ancient practice 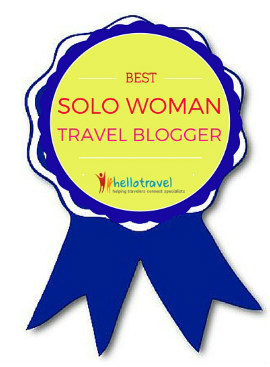